What Is The Significance Of Durga Puja, The Next Religious Event Of The Hindus? 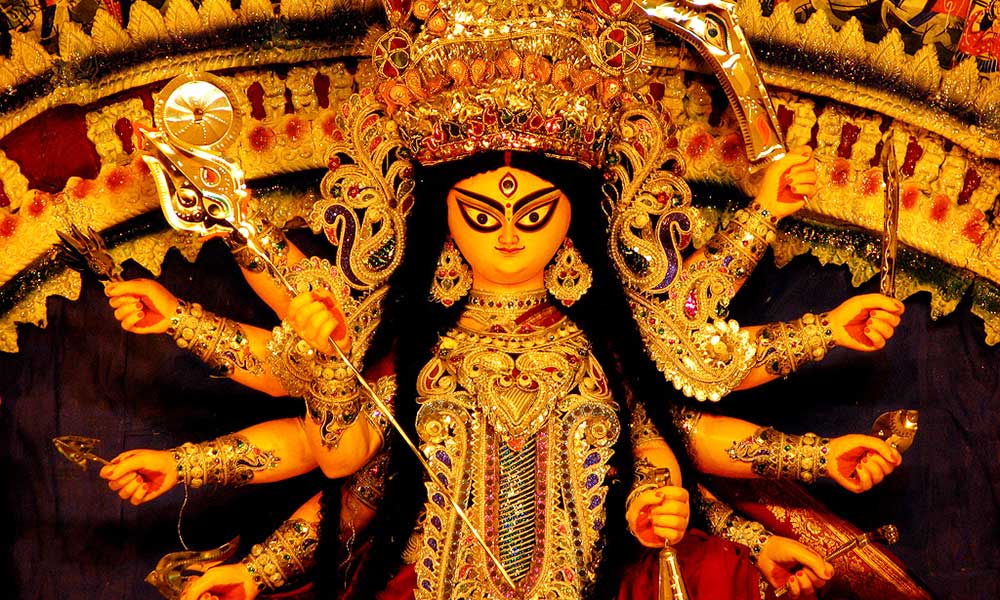 Significance of Durga Puja – Durga Puja is the festival of homecoming.

Goddess Durga is believed to visit her paternal home or Earth with her children in tow and we fondly worship her for four consecutive days. This is the key festival of Bengal as Ganesh Chaturthi is of Maharashtra.

In the western countries yet, Durga Puja is performed by the Bengalee associations as to pacify the homesickness.

Durga, the most credible goddess to usher us with peace, prosperity, wealth, self-belief and most importantly power to confront life’s challenges is but a form of ‘Shakti’. Goddess Durga has ten hands each one equipped with weapons that bear different stories respectively. She is the undisputed demon-slayer with clear sighted earnestness for her devotees.

The amount of pomp and grandeur is administered to celebrate Durga Puja in West Bengal is a sight to watch and we will here under discuss the significance of performing Durga Puja with that amount of vivacity.

The significance of Durga Puja:

Hindus look up to the goddess Durga as a manifestation of Shakti or the female power.

She singles out the Danavas with ill-gotten powers and brings them to task. Goddess Durga can assume any form to accomplish her mission against all things evil. She carved a niche in Indian mythology after having slain the atrocious demon Mahisashura.

Reason why we seek blessings from Goddess Durga is that she capacitates us to erect the pillars of everyday strength. She swarms us with positive energy of all sorts and we fuel our conscience for the entire year as we devotedly invoke her blessings for the said four days. The days of Durga Puja mark her fight with the demon Mahisashura and her eventual triumph. This festival is hence, symbolic of good prevailing over bad as a universal phenomenon.

People cut the barriers of religion, caste and creed to take part in the occasion as this is the festival of joy and merry making. They also buy new clothes for themselves and their relatives. All of the schools, colleges, offices remain closed in the due period of Durga Puja. Of course, this explains how coveted Durga Puja is to us.