How Can A Manglik Marry A Non-Manglik? 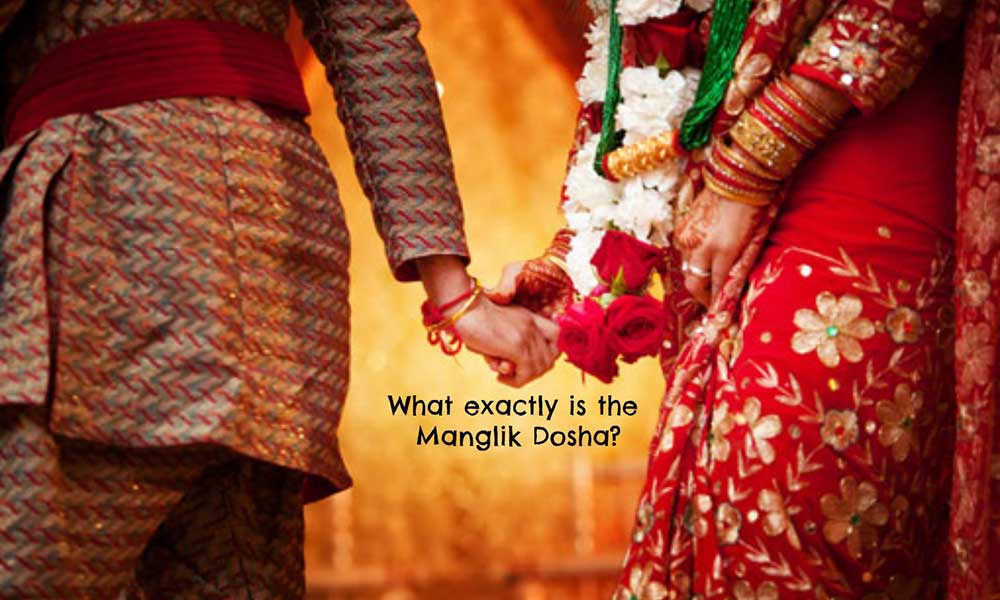 In some instances, a person reaches the marriageable age but he is turned down by prospects citing the Manglik Dasha in his natal chart.

Not that he chose to born this way but stars were not in his favour and he had to face the music. In the Indian marriage market, where astrologers rule the roost, they would corner a Manglik person under the belief that marrying them will kill their spouse within a year of marriage. Well, it is as believable as the bulls breathing fire. There is no line drawn in the sand that a Manglik person can’t marry a Non-manglik.

If destiny has it, the marriage will happen but yes, there are some ways a Manglik Person can rid the self from the Dosha and here’s how:

How can a Manglik person purify his natal chart by removing the dosha?

When the planet Mars is in 1,4,7,8,12th houses respectively in your kundli, you are prone to be born as a Manglik person. Side-eyeing the Manglik people is a popular phenomenon all over India. The houses that are pointed out above are responsible for bringing prosperity in your household and being affected by the malevolence of Mars ushers your life into negativity.

If Mars is in the 1st house, you are likely to be aggressive whereas Mars in the 4th house will make your marriage troublesome. Similarly, Mars sitting on the 7th house will make you vie for sex always which may be a ruinous drive for your marriage too. If Mars is in the 8th house, you are vulnerable to sudden death, adjustment problems with your in-laws and others. And if Mars is posited in the 12th house of your kundli, it may attract bad health, even death for the spouse.

But wait, Jupiter and Saturn are the antidotes to Mars. If Saturn sits on the same house of your spouse’s kundli where there is Mars in yours, the ill-effects will dissolve. And if Jupiter aspects Mars, it goes back on its bad spell and you achieve riddance from Manglik Dosha.

Take a hurried look over the ways you can cure Manglik Dasha:

Remember one thing, always go easy on finding your nuptial match as you want someone who truly understands your ordeal and waits for you to deal with it.