What Is Your Birthstone As Per Vedic Astrology? 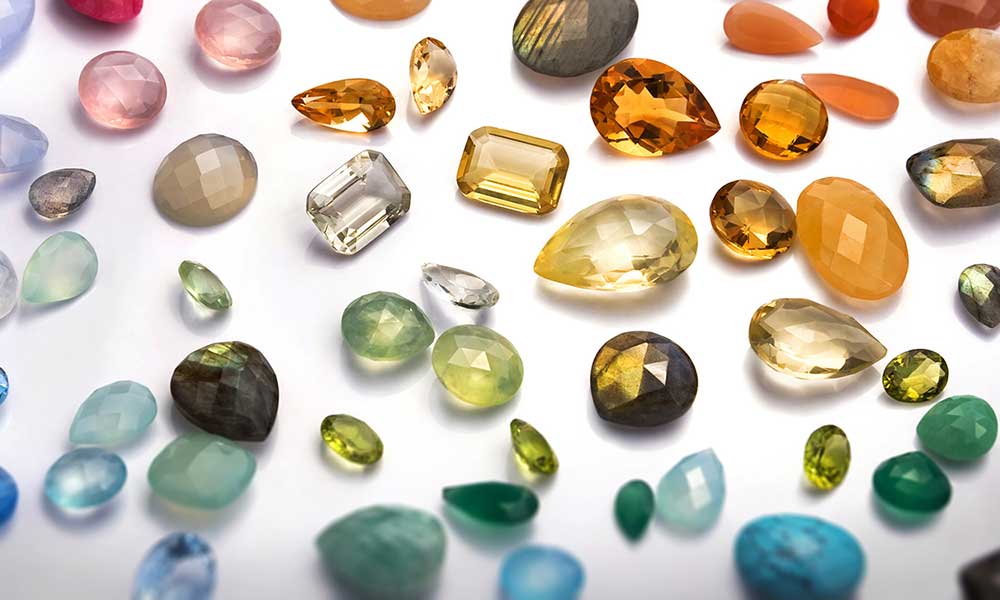 Birthstone as per vedic astrology – Your birth month has a gemstone associated to it and the mystical properties of the same leaves deep impression in your life.

You know the different birthstones from each other by their varied shapes, sizes and colors. Since time immemorial, the birthstones are reckoned upon by the humankind to curb the difficulties afoot. However, to be precise, birthstone colors bear mightier effect on the native’s life.

Staunchly called the ‘Rashi Mantra’ birthstones also double up as jewelry when they are carved inside gold or silver. Read on below to know your Birthstone as per vedic astrology :

Birthstone as per vedic astrology

January: People born in January should acquire Garnet or Rose quartz. Garnet is believed to keep the acquirer safe during journeys.

February:The gem stone for people born in February is Amethyst. It makes you royally resilient as only royals were allowed to wear this gemstone back in time. The word Amethyst comes from a Greek word ‘Amethystos’ which means sober. No prizes for guessing that Amethyst gives you composure and makes you respected.

March:Aquamarine and Red Jasper. Wear Aquamarine and you will give a wide berth to stomach, heart and liver related diseases. The sailors in the history used to even drink the water the stone had been soaking to ensure protection from the ocean dangers and seek the attention of the sea god Neptune.

April:Diamond. Diamonds were said to help the wearer radiate courage and sophistication. Besides, Diamond also symbolizes deep accountability. It was called ‘Vajra’, which as per Hindu mythology was the weapon of the king of Gods, Indra.

May:  Emerald.This stone is mostly worn for a prosperous married life and good luck. Besides, this green colored stone enhances patience and determination. Also, it helps curb tension and anxiety and controls bleeding.

June:Pearl, Moonstone, Alexandrite. Pearls are originated from aquatic creatures that come in various shapes and colors such as yellow, orange and green. It disciplines the native and curbs negativity. The refined tranquility of pearls reflects in the wearer’s nature.

July:Ruby. Ruby reflects different layers of redness and it is known to thwart evil, increase vivacity of the wearer.

September: Zircon or Sapphire. It comes in a tweensy tint such as bluish and pinkish. Sapphire accentuates knowledge, sanctity and wisdom. As it protects against enemies, it also cures mental ailments.

October: Opal or coral. The gemstone has water content which comes in different patterns such as white, yellow, red, orange, green, black and blue. But the notable ones however, are the white and red ones. It helps the wearer focus more, divert less. The wearer gets riddance from depression and has memory of an elephant.

December: Topaz. A most favored gem in Victorian England, Topaz is bluish in color which invokes spirituality and fuels creativity. It helps fight infections or inflammation of any sorts.

Birthstone as per vedic astrology – Remember to always consult an erudite astrologer to get hold of a gemstone because each of them has their relative beneficial and spiteful effects. If the gemstone doesn’t seem to get along well with your lifestyle, know immediately that it’s not your pick.