Gita Slokas On Life With Regular Prayers and its Impact 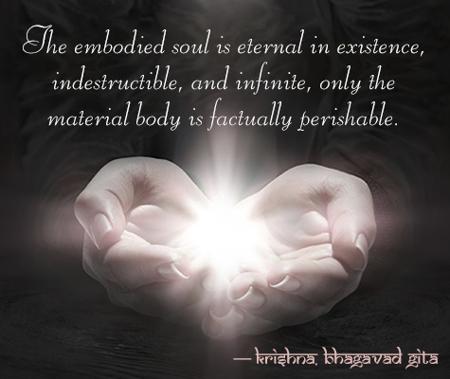 Gita Bhagavad the sacred religious book of the Hindus which has the contents of 720 slokas. It is believed that these Gita slokas if repeated regularly with prayers bring changes within you to bring some good luck to yourself and your family. The slokas are mentioned with the meanings, few are meditation mantras from Bhagavad Gita.

Vasudeva sutam, Lord Krishna who has killed Kamsa and Chaanuura. He has also created and given great delight to Devaki, as we all know that Krishna has been a great teacher of this world. 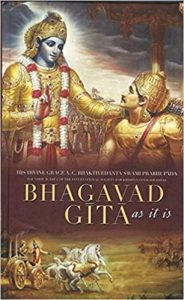 Whenever a person starts using the sense objects and slowly dependence arises on it. But once the person starts to depend a desire grows up slowly which may give rise to anger. 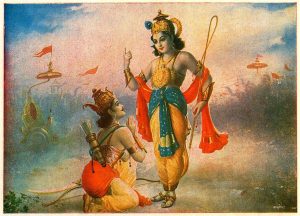 If there is the time when the Dharma begins to ruin or is hurt somewhere or the other then there will be the rise of adharma. And if such a rise of adharma is observed then I am born in this world to fight against adharma.

A person pulls off a cloth that he has worn to wear a new one, similarly, our soul gives up the body to find a new body.

In the Gita slokas it was one of the lines spoken by Arjuna, all that you do, anything you eat, you offer to the lord or do any kind of sacrifice, anything you give away and the penance you do, all acts you do offer it to me. 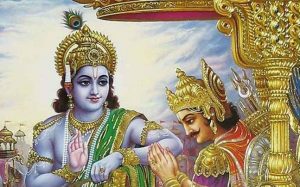 Those who develop desire and anger due to the building of passion are insatiable, therefore it instigates a person to perform great sin. So, these two features should be accepted as the greatest enemies.

A mind may become restless and fidgeting for which he is not able to keep his focus. In such a situation the yogi should rebuild his focus and concentrate on himself.

Gita slokas which popular which are popular from the Bhagavad Gita that can provide you mental strength and guide you. Children to old age people can learn the slokas. It can ascertain you against the anger, desire, and passion which you should control to become a strong person.