What Are The Astrological Predictions About Modi And Hindutva’s Rise In India? 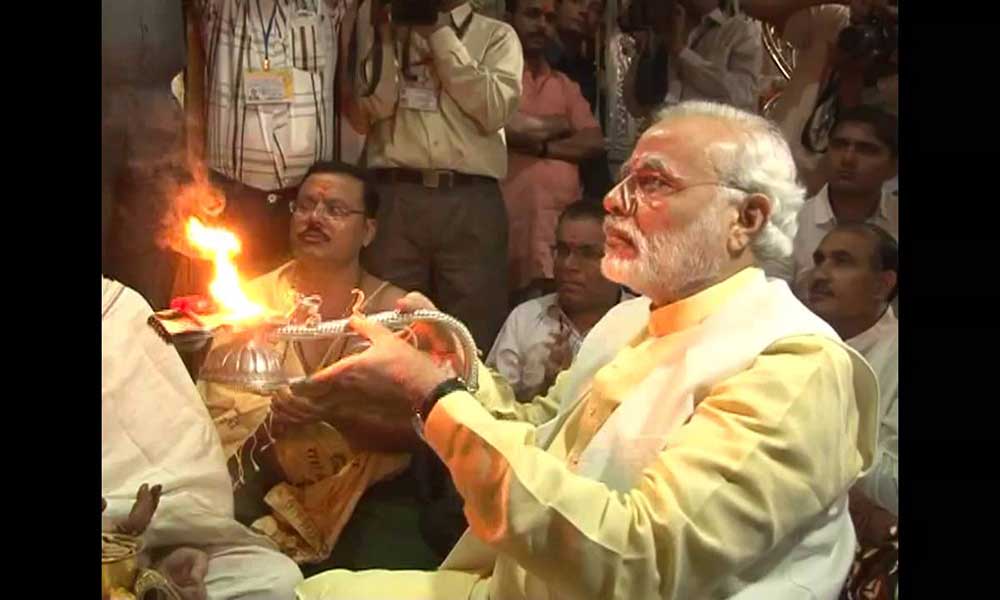 Modi had a dream crystallized in his heart to rule the Indian heartland and he rightfully encashed upon the ‘Gujarat Model’ to achieve this feat.

Now that the rise of Hindutva seems like a square peg in a round hole for the Indian fabric, we wonder if India will slowly cleave into two different entities in the time to come. The triumph which was awaited with much trepidation came to him as a tribute to his towering personality and oratory skills. Now the concept of Hindutva gains prominence in our sight if we look at the Uttar Pradesh Lok Sabha elections where no Muslim members were given a ticket still BJP won 90 percent of the seats.

Is it a disturbing reminder of how the concept of Hindutva slowly gaining ground in New Delhi?

Or should we also think that the nation is adapting the idea of Hindutva model reigning supreme in Gujarat?

Not to mention it leads to our discomfiture either way. The most look-at-me fact, in this time is Modi is being represented as a Hindutva leader in the political forefront and his attitude to minorities is facing snowballing attacks form the opposition. Now let us find out below what is the future of the Hindutva model predicted by the astrologers.

The thoughts of astrologers about the future of Modi’s Hindutva model:

In the years to come, it will be a tight rope walk between the Hindutva enthusiasts and welfare of the minorities. But then, the government will seemingly refuse to relinquish the stronghold on minorities even if Modi puts up a nonchalant front. There will be ambiguity in their moves and the minorities may gradually lose faith on the government. It however won’t bar the Modi government from ruling for at least 12 years.

After a few years from the recent times, people will start doting on Modi again as he changes the nation’s plight and directions. The golden age for India, hence is not far where India will flourish as a superpower and an inspiration for other nations.

All said and done, we can’t blink at the steadfast progress of India in the global market with Modi as a supremo. The Hindutva angle will lose intensity eventually and success will only be the defining factor for India.