What Will Be Future Of The Bilateral Relationship Between India And Israel After Modi’s Visit? 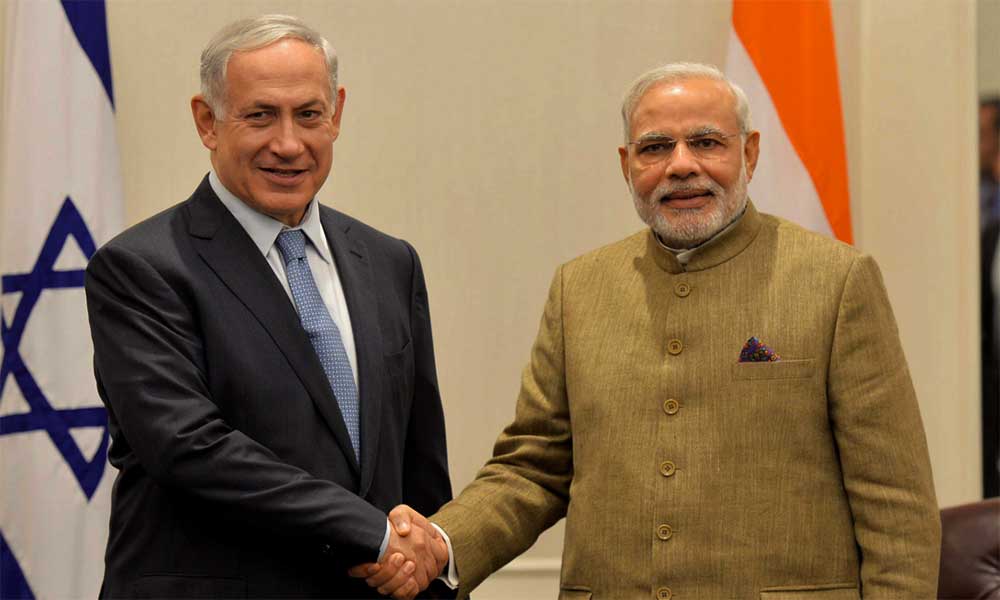 Relationship between India and Israel – We presume Narendra Modi had to slay quite a few mental demons to blow the lid off such a closeted affair.

We are talking here about relationship between India and Israel  and Modi’s visit to Israel which has unnerved many who were sceptical about Israel’s soft corner for India.

Drawing from history, Israel extended their hand of help to India during the 1962 war with China, 1965 war with Pakistan, even in 1971 Bangladesh war with artillery, ammunitions and the advanced war crafts that we were in dire need of.

It was Jawaharlal Nehru’s myopic perception that eclipsed India’s vision barring us to recognize the true bona fide. Modi cleared the air of diffidence and made a clean breast about the Modern India’s choice for allying with this Key West Asian power. In the not-so-miserly wax lyrical about Israel, Modi promised to maximize the ties in various sectors which include space, water management,and agriculture. Not to mention, the defence sector will also reap the benefit of this notched up bilateral tie.

Now we are here to discuss what our renowned astrologers have to say about the recent camaraderie between India and Israel and what will be its future outcome.

What are the astrological predictions about India and Israel bilateral ties?

Both Modi and Netanyahu are men of power and the commendable leaders. Astrologers believe that under the considerate watch of Jupiter, Netanyahu will continue to rule Israel in coming times as will Modi rule India for a long time now. Netanyahu is in the luck to warm up ties with the rapidly progressing neighbouring countries among which India falls too. Rahu’s transit over his natal Mars and Saturn will be a blessing in disguise for him after the year 2016. Besides, Saturn will also be transiting through the sign of Scorpio and Rahu will be transiting through the sign of Leo which means his determination and iron-fisted approach towards terrorism will be a useful tool for the Modi government. On the other hand, Narendra Modi is in the effect of Moon with an effect of the retrograde Mercury. Ketu will be in a dovetail with eight lord Mercury all through 2017 will make the coming year very pleasant for him as he takes India to a new degree by dealing with the internal conflicts and correcting the broken ties with the neighbouring countries.

So judging by the above analysis of the horoscope of their leaders, we can expect both the countries to join hands near future to deal with various alarming issues with finesse and expect the outcomes to be spellbinding.

This is what going to be relationship between India and Israel !