What Is The Story Of The Holy River Ganga As Per The Hindu Scriptures? 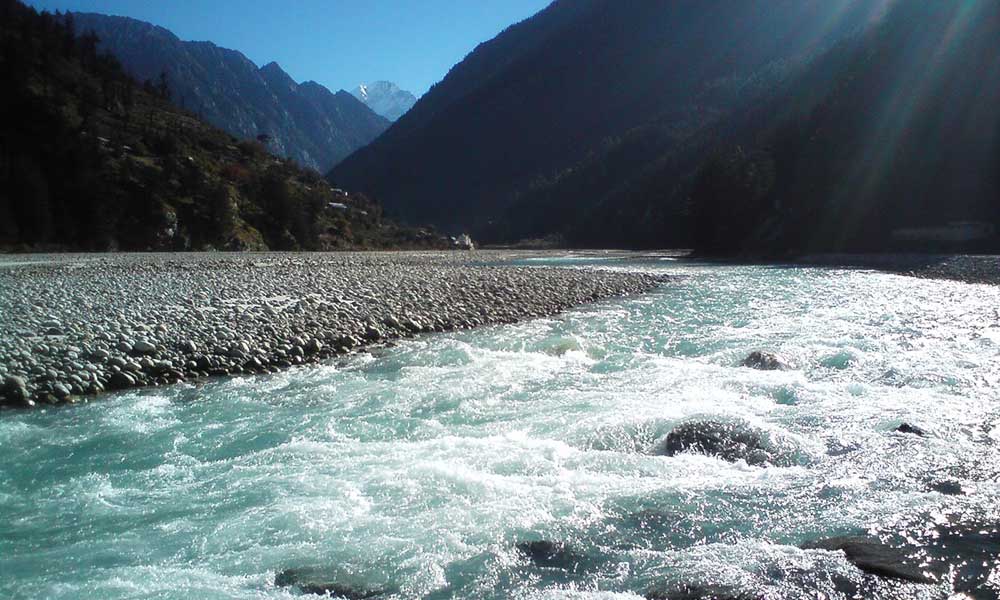 The river Ganga is synonymous to holiness for Hindus.

For ages we are given to believe that a mere dip in the same cleanses us of our sins. Furthermore, Ganga Pujan is performed rather ceremoniously in Benaras which is quite the sight. The holiest river in the region, river Ganga was originated from the Gangotri glacier at Gomukha in Indian side of the Himalayas. It soars 4,100 meters over sea level and flows in a serpentine way across 2,525 km of Northern India to submerge in the Bay of Bengal. By virtue of the same, more than 25 percent of water resources are fed fat.

Our scriptures define the physical appearance of Ganga wherein she is also equalized with the Goddesses in heaven. She is envisioned as a beautifully fair skinned maiden wearing a white crown holding a white Lily and a water pot in hand. A crocodile is her vehicle.

How was Ganga originated as per Hindu mythology?

It’s like the archaic texts to have various and sometimes even contradictory stories about the same deity, Ganga too has hers. The name Ganga was first appeared in Rigvedabefore she deduced the importance of a goddess.

Judging by the ‘Vishnu Purana’, Ganga was created from the sweat of Lord Vishnu’s feet and hence called ‘Vishmupadi’. In another mythological text whatsoever, Ganga is depicted as the daughter of ‘Parvatraj’ and sister of Goddess Parvati, the divine consort of Lord Shiva.

Hindu beliefs also have it that Ganga was ardently devoted to Lord Krishna in heaven thus to incite jealousy in Radha, his lover. Driven by possessiveness, Radha cursed Ganga to descend to Earth.

It is also said that Ganga sloped down to Earth and flowed as a river after being requested by Lord Brahma for the same. She was trusted with freeing the souls of the sixty thousand sons of Sumati. It was all for Bhagiratha who went through an atonement intending to free Ishvaku lineage from the curse they were inflicted with which pleased Brahma. Bhagirath’s mettle compelled lord Shiva to arrest the thunderous fall of Ganga in his Jata. He then released her to the Himalayan Mountains in seven streams. The seventh among them tailed the chariot of Bhagiratha to cleanse the ashes of sixty thousand sons of Sumati. Ganga was identified as the daughter of Bhagiratha on Earth hence called ‘Bhagirathi’.

People immerse the ashes of their kin for salvation of the soul in river Ganga which may be suggestive of the ancient story cited above. However, the whole enterprise of sanctity is under question now that the people brought it into a dire state, pollution it with the extracts of their existence with days together.