The Story Behind The Swearword ‘Touchwood’ 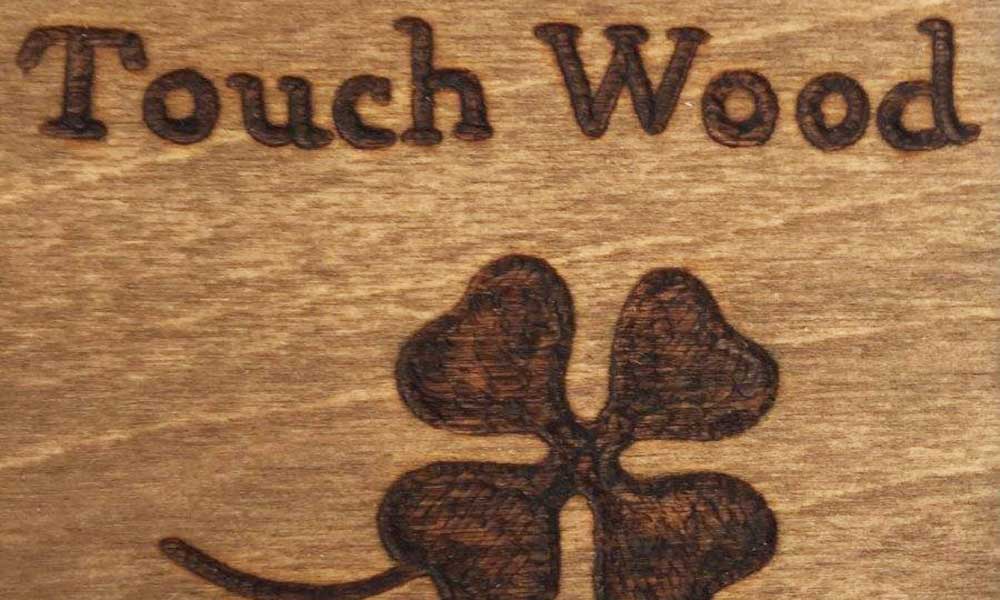 Does saying Touchwood bring as much luck as it is meant to?

But that’s a different story. To begin with, touchwood is a common swear word amongst people, especially the young guns.

When we are talking about an achievement, potential success, good health or the devil-may-care footloose in foreign lands, we say swearword touchwood in the fear of attracting an evil eye. As per the common belief, saying touchwood skirts the belligerent jinx and optimizes our fortune.

Our minds are conditioned to believe that saying swearword touchwood is the far-fetched safety measure against abject surrender to evil.

For starters, we are given to believe that spirits resided in the woods so light knock on the wood while saying swearword touchwood conveys their wishes to them spirits who fulfilled those eventually.

The Pagans also knocked on the wood while uttering touchwood citing presence of the fairies and good spirits in them. This archaic myth was originated in the West with no considerable proof to validate the belief. Indian vernacular echoes the same reason why we pat the wood.  Boasting too much about one’s success may reverse the fortune in essence of an evil eye. Likewise, the touchwood gesture safeguards the good luck.

In another belief, the saying swearword touchwood hailed from a children’s game in the nineteenth century called ‘Piggy Touchwood’ where the players escaped being caught if they touched the wood. It may also have been at play behind the birth of the swear word.

Whatever may be the case, it is always fun and classy to say swearword touchwood and boast subtly. Because in our minds we know that our luck is insusceptible.