How Worshipping Kuber Yantra Can Make You Richer? 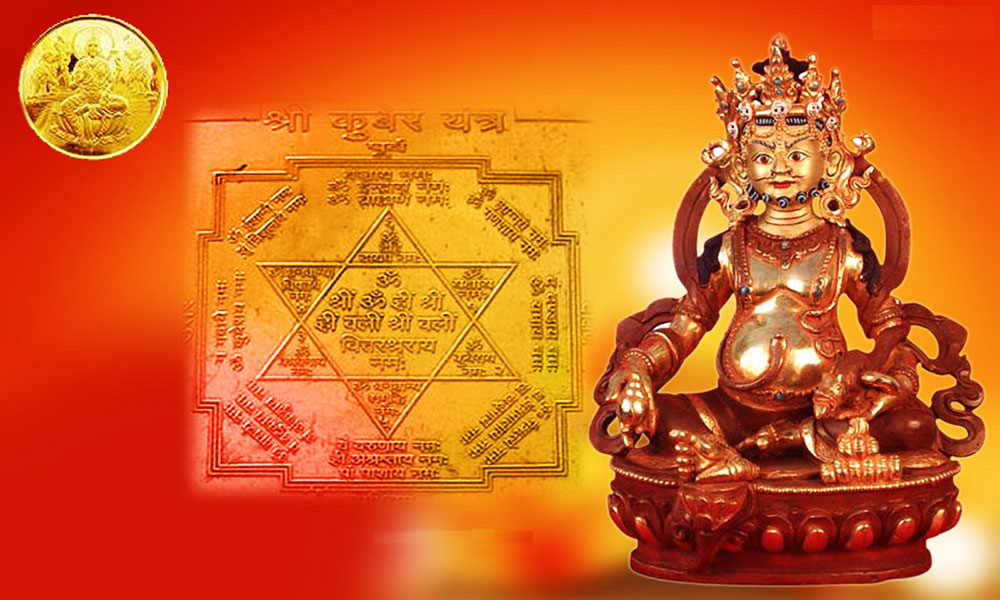 If your business is in a quandary after successive losses you are sure to huff and puff in despair.

It gives us the chills the bank accounts slowly running dry. Here’s a simple solution as to avert the financial constraints from perpetuating. Worshipping Kuber Yantra is a reliable method for years together to gain riches and here under laid are the simple methods for the same:

Yantra is the manifestation of the divine verve. It is a metalling plate with geometric engravings in which you can accumulate the energy of the said deity after activating it through meditation. These yantras mostly come in gold, silver or copper by which you can create a holy nexus with the cosmic dynamism.

Likewise, the energy of the god of wealth, Kuber is gathered in the Kuber Yantra to ask prosperity from him.

Many of us are not familiar with the story of Kuber so here goes the same. Being a devotee of Lord Shiva, Kuber got his hands on umpteen wealth as a reward from the god which drove him from a modest man to a greedy person. Lord had asked him to stand guard for his own wealth in the first place but he was vying for more money. On having an inkling of it, lord Shiva sent Ganesha to attend the feast that Kuber had held for all the god and Ganesha ate all of Kuber’s wealth. Just when he attempted to eat Kuber too, he asked for forgiveness and owned up to his mistake. Ever since then he is worshipped as the lord of wealth.

How to worship Kuber Yantra:

Place the Yantra on a flat surface as you sit facing the North or East. Make sure that your eyes and the centre of the Yantra are aligned. Sit with your spine straight and light an incense stick before the Yantra to sanctify it. Accumulate all your focus at the centre of the Yantra without caring much about the other aspects of it. Chant “Om Hreem Shreem Hreem Kuberaya Namaha”with your eyes closed and attention intact for 108 times in a row. We urge you to practise chanting it 5-10 times a day for faster results.

Worshipping Kuber Yantra will bring you monumental success before long. By invoking Lord Kuber’s energy, you nudge him to usher his blessings upon you for a lifetime.