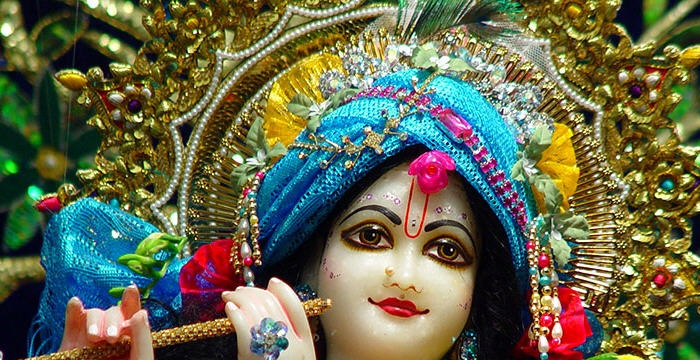 Lord Krishna’s dark complexion- Discomfort over dark skin has taken over the Indian mind space predominantly, so much so that the gods too aren’t spared. In the widespread belief, Gods are associated with different skin colors such as dark with Krishna and Vishnu, fair with Radha and Shiva. In India dark skin color is underestimated because it is symbolic of the peasants who work in the Sun. On the contrary, the princesses, goddesses and fair maidens are objects of fancy because they are untouched by Sun or a-surya-sparsha.

In a rather conciliatory approach, Lord Krishna and Vishnu are associated with two colors such as blue and black. Blue symbolizes all-inclusiveness; it manifests vastness and hints at anything that is larger than your perception such as ocean or the sky. Most of the Indian Gods such as Shiva, Vishnu and Krishna are associated with the color blue under this perception. 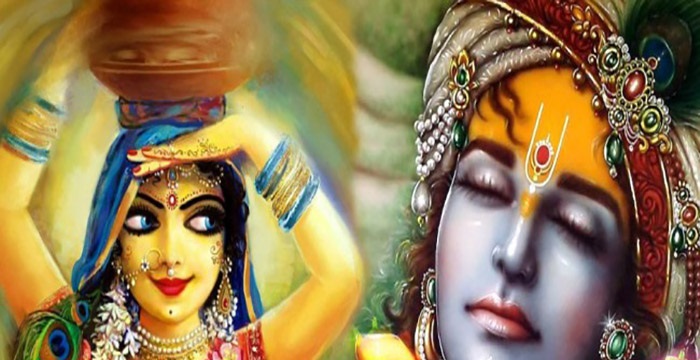 The darker shade of Krishna’s skin represents him as a symbol of bravery, wisdom and heroism. Dark color also excels further in symbolizing mysticism and artistic countenance. Krishna is as vast as the sky with a layered and enigmatic character.

The Sanskrit Valmiki’s Ramayana has Hanumana describing Rama as ‘shyama-varna’. Needless to say, Rama inherited the skin tone from Krishna for being his avatar on earth. Combing through the pages of folk poetry tells us how Krishna was called ‘Ghana-shyama’ and compared to dark monsoon clouds by and large.

What the architectural prodigies suggest about Krishna’s dark skin?

If one sets foot in the Banke Bihari Temple, Vrindavan, one finds Krishna images etched on black stone. In a contrast, Radha images are carved out of white marble and bronze. This rather emphasizes on the perpetual discrimination of dark skin reigning supreme in Indian mythology. In many other places however, Krishna images are enshrined in white marble, not black stone, may be because the larger mass can’t conceive of God as inferiorly tanned-skinned. As dark skin doesn’t quite subscribe to modern beauty standards and status quo to say the least, they portray god as white.

If you look at the Cave paintings of Krishna and Arjuna, which are the tell-tales of Krishna’s coming-of-age, it represents Krishna as a dark skinned man. In Mahabharata, Draupadi is likened with Krishna and referred to as a dark complexioned woman. Furthermore, in Bhakti literature, the delirious divine energy drove them to liken Krishna with the dark monsoon clouds, mysterious and mischievous.

All said and done, God has physical presence in the material world. So while wandering through the forests and fields as a peasant boy, Krishna got a tanned skin. Krishna is pastoral, grounded and human sympathizer so no wonder he looks like an ordinary human being.