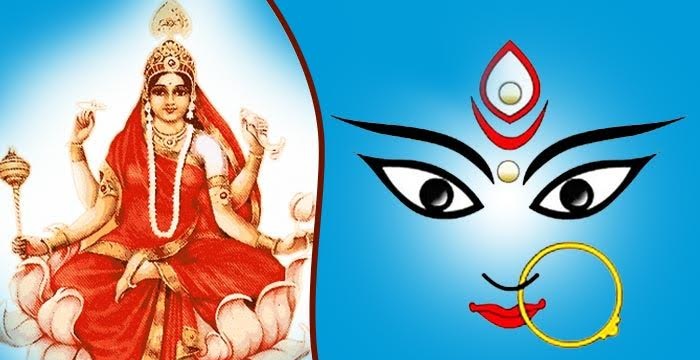 The nine days of the Navratri festival end with the holy worship of Goddess Siddhidatri. Her name is derived from the word ‘Siddhi’ which means mystical prowess of meditation and ‘Dhatri’ wich means provider. 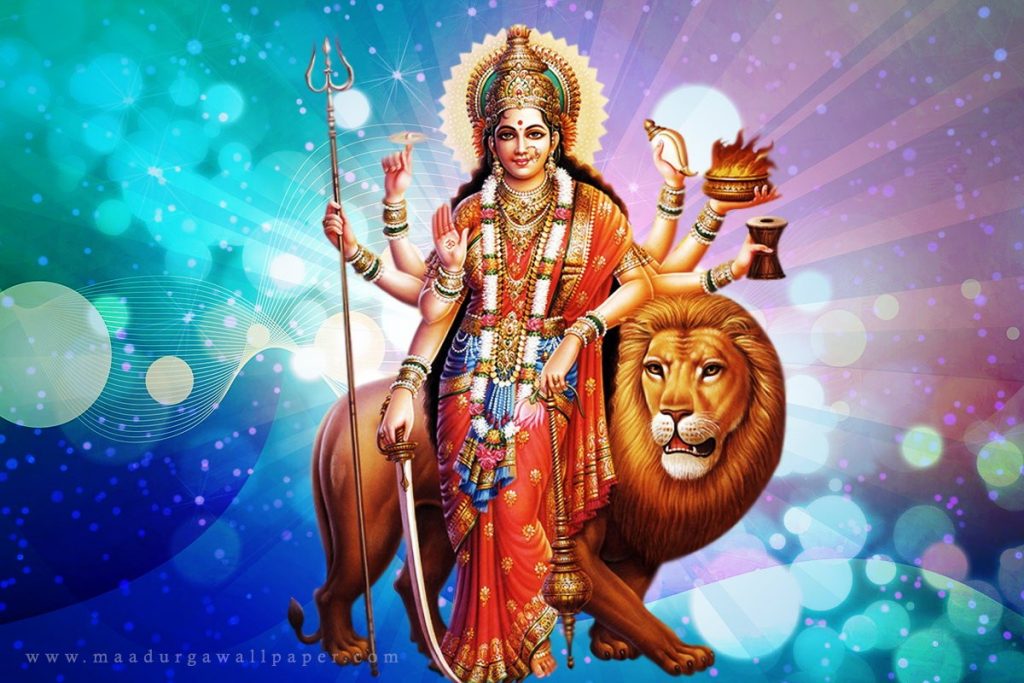 This form of Durga is an amalgamation of all her manifestations and the destroyer of all demonic presences from day 1 to day 9 of Navaratri. Taking the appearance of Goddess Siddhidatri, she decends from her heavenly abode and comes to earth to eliminate all that is evil and impure.

Goddess Siddhidatri blesses her devotees with all kinds of supernatural powers in terms of meditation, peace and salvation. Since attainment moksh is the final objective of life, she is worshipped with great austerity. She is looked upon not only by mortal beings but also by the Gods themselves. Lord Shiva was bestowed all the 8 Siddhis and so can her worshippers. These are namely:

1)Anima – the power of reducing oneself to the smallest size possible.

2)Mahima – the power of increasing one’s body to the largest possible size.

4)Laghima – becoming as light as possible and having the ability to fly with no effect of gravity.

5)Prapti – The power of reaching anything or anywhere in the universe.

6)Prakambya – power to any supernatural abilities like staying infinitely underwater or invisibility.

7)Ishitva – power of command over the universe.

8)Vashitva – power of command over subjects.

Goddess Siddhidatri has 4 hands. In her right hands she holds the holy chakra and a club, whereas in the left she has a conch shell and a flower (usually a bloomed lotus). She wears a huge crown and a white flower garland in her neck. She is seen sitting atop a giant lotus. She rides a lion.

Abstinence and celibacy are the virtues to follow while worshipping the Goddess. Besides the normal offerings, sweet scented flowers and eatables in the form of fruit, coconut, milk, kheer and sweets are to be offered. A fire puja should also be conducted.

Special guests are to be invited and honored – 9 young girls depicting the various forms of Goddess Durga on each day of Navaratri and 1 young boy. Food and tokens have to be presented to them as per affordability.

Must Read- Your Zodiac Sign Reveals The Right Age For You To Get Married!