What Are The Best Yoga Poses For Your Zodiac? 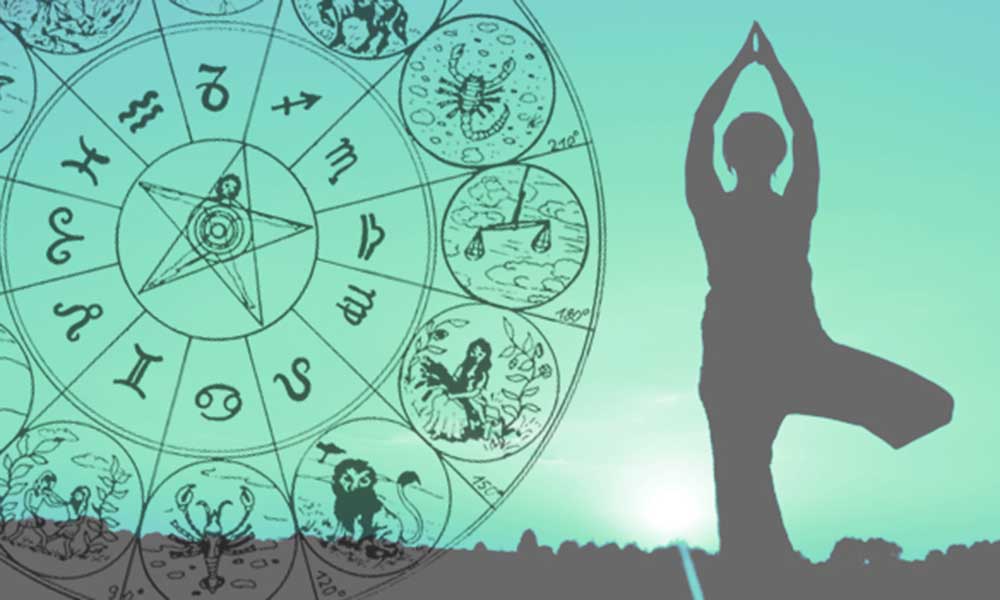 Yoga poses for your zodiac – Like each zodiac sign radiates different personality traits, they affect different body parts in a human anatomy.

So as to design a wellness routine one may also seek help from astrology to ensure quicker and sturdier results. It is also imperative to practice yoga that resonates with your sun sign atleast twice a week.

We are always spoilt for choices when it comes to choosing the right Yoga posture for ourselves. But there are the premeditated trailblazers designed for different zodiacs that release more toxins and give aesthetic delight of a different sort.

The Yoga virgins can reckon upon the wellness routine with an overlay of astrology to rejuvenate the mind, body and even soul.

Here under discussed are the commensurate Yoga poses for your zodiac signs:

Yoga poses for your zodiac –

Aries people are prone to headaches. So, aerobic workouts like the headstands  or forward bends that reverse the flow of blood in your body and bring peace to your mind.

As Taurus people are strong but not as flexible, they should practise the Yogas that focus on the spine.

Geminis are usually fickle-minded, so they should practise the Asanas that help increase their concentration.

Cancerians are hard of practicality. They should practise the Asanas that bring emotional stability in their lives.

The Sun salutation pose holds true with the Leo’s self-pride.

A Virgo is over-analytical because in essence of his hyperactive nervous system. So, it is customary to practise Asanas that calm down the nervous system and harmonize your body and mind.

The hopeless romantics, Librans stand apart with their ways to woo the lover. Here are some Yoga poses that hold true with their love-struck souls.

The fearsome Scorpio echoes the splendour of the proud warrior and passionate fornicator. So, deep breathing exercises help them execute what resides within.

The adventurous Sagittarius should focus on their pelvic muscles and thighs as they unleash the energy to stay lively.

A Capricorn picks up the stiffness of spine with the passing age. So they obviously need to practise the Asanas that relax their spine and mind.

The Aquarians know how to drink life to the leeches and enjoy nail-biting experiences. So your jittery nervous system needs the balm of some relaxing Yoga poses.

The Piscean minds are always lost in clouds. So much so, that they huff and puff every time when trying to come back to reality. So, Pisceans should practise the Yoga poses that go down well with their fluid nature and help them concentrate on the physical world better.

These are Yoga poses for your zodiac – Yoga is like the foliage in the debris of human debauchery. A person who practices Yoga as a ritual is free from greed, loneliness, depression et al. It is the wall of negligence and ignorance which needs to be breached soon as to redeem oneself through Yoga.