What Is The Significance Of Kamdhenu Or The Cosmic Cow In Vedic Astrology? 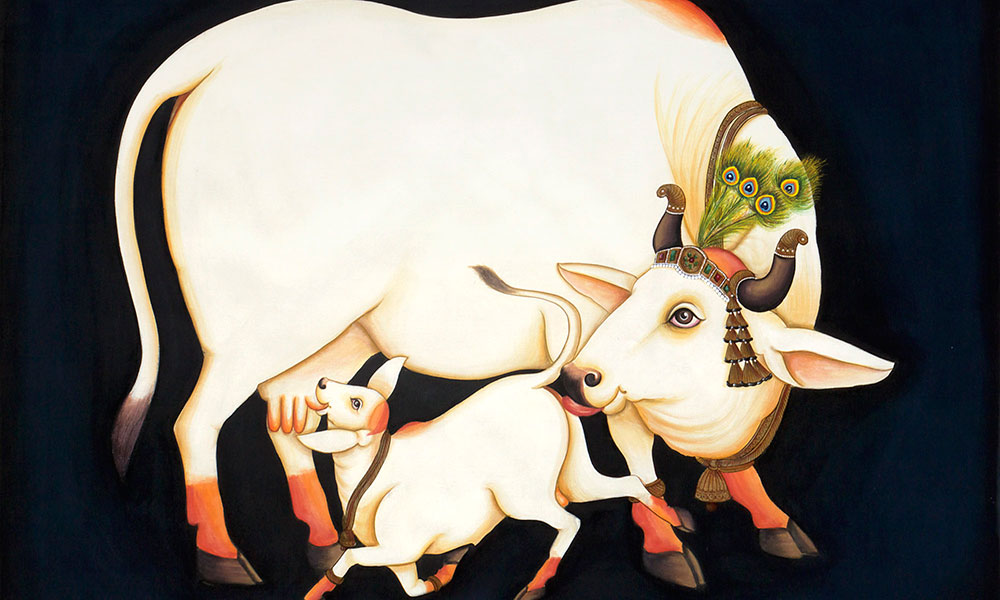 While cow slaughter and meat ban is having a huge moment in the media discussions, there are some religious trivia about the cow we really need to glance through.

Hindus are given to believe that cow is their mother who is meant to be loved, respected and protected.

In Vedic astrology, cow represents the sign Taurus which resonates with earth, nature and the paraphernalia. There are many Nakshatras in Vedic astrology to emphasize on the various benevolences of a cow. Cow is equated with a mother that is represented by the constellation of Krittika. Her resourcefulness is represented by the constellation of Rohini. Rohini’s symbol is ‘an oxen cart ferrying a fresh produce’ which throws light on the fertility aspect of the cow. In like manner as earth, cow is the infinite giver of natural resources let alone the nourishment of her milk. The nourishment aspect of the cow is linked with the constellation of Pushya whose symbol is a ‘cow’s milk giving udder’. Last but not the least, the cow’s all enduring nature is associated with the constellation of UttaraBhadrapada.

How was cow quintessential for the Gods:

The cow, as being the symbol of endurance, was the vehicle of Lord Shiva. Furthermore, Lord Krishna reincarnated as a cowherd to protect the natural resources of earth. Then there is Kamdhenu, the wish fulfilling cow who was held dear by the seven celestial sages. Kamdhenu arose while churning the celestial holy ocean with many other treasures in tow inclusive of the divine nectar or the Amrit. No wonder she taught the humankind how to respect the natural resources and carry out his duty towards the natural environment.

Why the Hindu scriptures suggest against the consumption of cow meat?

Kamdhenu or the cosmic cow in vedic astrology – The Vedic tradition thus deemed cow as a mother. She is now in such an agonizing state she barely deserves.