What Is The Significance Of Wearing Kanthi-Mala In Bhakti Tradition? 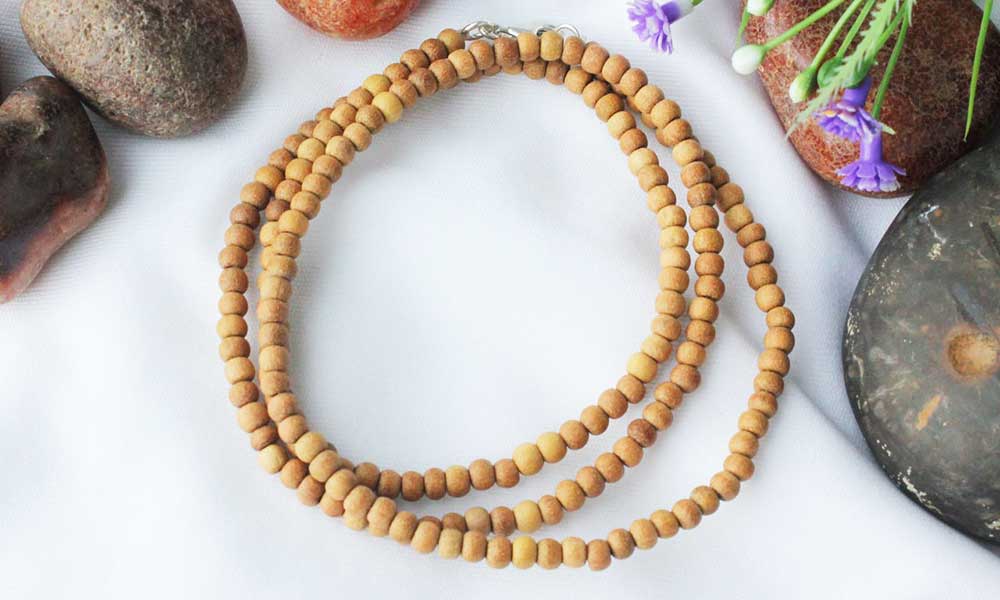 Kanthi Mala is otherwise the Tulsi mala worn by Krishna Bhakts all over the nation.

It is worn by the devotees in three rounds who opt for taking ‘diksha’ or who came to Krishna consciousness lately. The Tulasi neck beads symbolize one’s surrender to the supreme god detaching the self from the quicksand of materialism. Similarly, one who isn’t yet past the material yearning and still wears the mala, is an offender.

A kanthi mala is the security loop against bad dreams, accidents, attacks by weapons and the aides of Yamraj.

What are the other highlights of wearing Kanthi mala?

Flaunting a Kanthi-mala is a signature tradition in the Krishna-mutts among the devotees. A devotee acquires a distinct identity from the commoners by being clad in saffron clothes and wearing a kanthi mala around the neck. Devotees can also chant with a Kanthi mala which has either 108 or 54 beads.

The procedures of wearing a Kanthi-mala:

The Tulasi mala should be purified with Pancha-gavya before wearing. Then the mula-mantra should be recited followed by the Gayatri mantra for eight times straight. Placing incense ahead, the Tulasi mala should be worshipped with Sarbojaya-mantra with heartfelt devotion. The chant goes like: “Om sadyojatahprapadyamisadyojatayavainamonamahBhavetavenadibhavebhajeswamambhavod-bhavayanamah“ . Then one should try to invoke Lord Krishna’s attention by praying that he will offer unquestioned allegiance to the lord after wearing the mala and that he felt extremely elated to have become eligible for the same.

Precautions one should take after wearing the mala:

One must denounce meat consumption after having acquired the mala. That also means other variants of meats such as eggs, fish. Apart from that one should also give up on onion, garlic, mushroom, soya or any product with animal extracts such as gelatin. Besides, one mustn’t engage in sex outside marriage or illicit sex per se. Products that generate intoxication such as coffee, tea, cigarette and alcohol too should be given up.