What Is The Significance Of Blowing The Conch In Hinduism 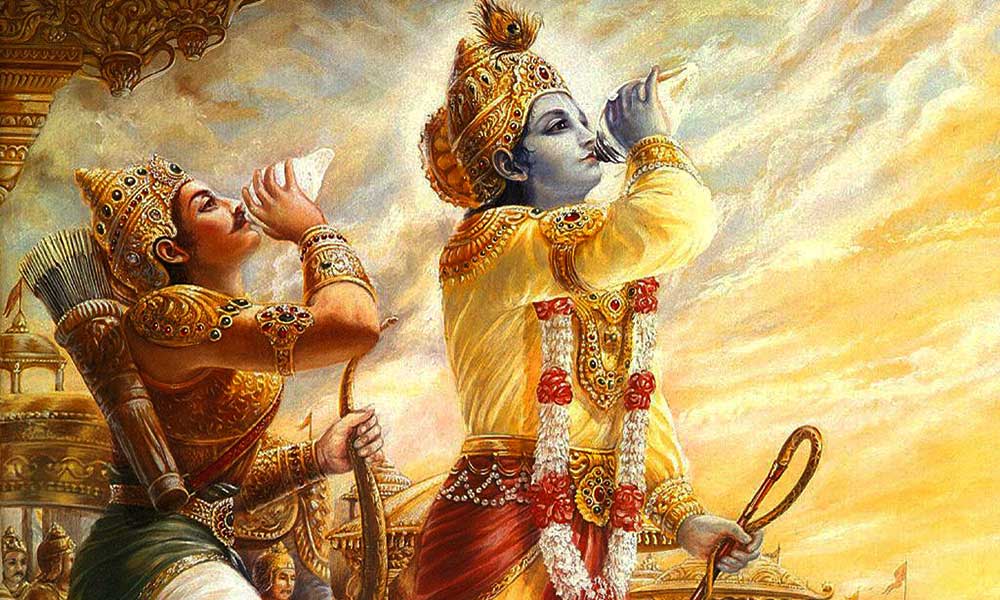 Significance of blowing the conch – Conch shell is quintessential part of our pujas for its auspicious nature.

However, the sole reason why we blow a conch during pujas is to invoke the spiritual energy and conch the purest and most brilliant tool for that to say the least.

The sacred syllable OM is synonymous to the whole nine yards of Hinduism. Besides, it is held in high regard for being the first sound of creation. Blowing a conch is associated with OM as Hindus believe. No wonder the shell engraving carved quite a niche in Hindu minds. In Sanskrit, the conch is called ‘shankh’ as it holds the sacred water. Shankh is pronounced as Sankha, Chanku, Senkham, Sankha and Sankho is Gujarati, Tamil, Telugu, Oriya and Bengali respectively. The sound of Sankh is an earworm that averts the evil eye and brings prosperity. Hindus tend to blow the Sankha in the beginning of a puja, arrival of the idol, unveiling the idol, and even to awaken neighbors in the wee hours of morning for puja.

Significance of blowing the conch –

The physical attributes of conch:

The conch is but a shell compounded with calcium and magnesium thus very hard to touch. This is too fragile to survive a massive fall nevertheless. In the outer layer, it looks shiny and pristine for its white color. As per the Hindu mythology, the spiritual emblem was originated during the churning of the ocean or SamudraManthan. There are two types of conches, right handed and left handed. The right handed one is mostly sought after for its luster. It is known as Lakshmi Sankha.

How it is associated with Hindu deities:

Conch is privileged to be one of the five weapons of Lord Vishnu. The one in Vishnu’s hand is called ‘Panchajanya’ which is the most powerful one of its kind. It is known to hold the five elements of the Universe such as water, fire, earth, sky and air. Furthermore, Hindus also tend to keep a conch shell in home for inviting wealth and prosperity for its association with Kubera, the lord of wealth.

How the conch shell is significant to Hinduism:

This the Significance of blowing the conch –