What Is The Significance Of Solar Eclipse In Hindu Mythology? 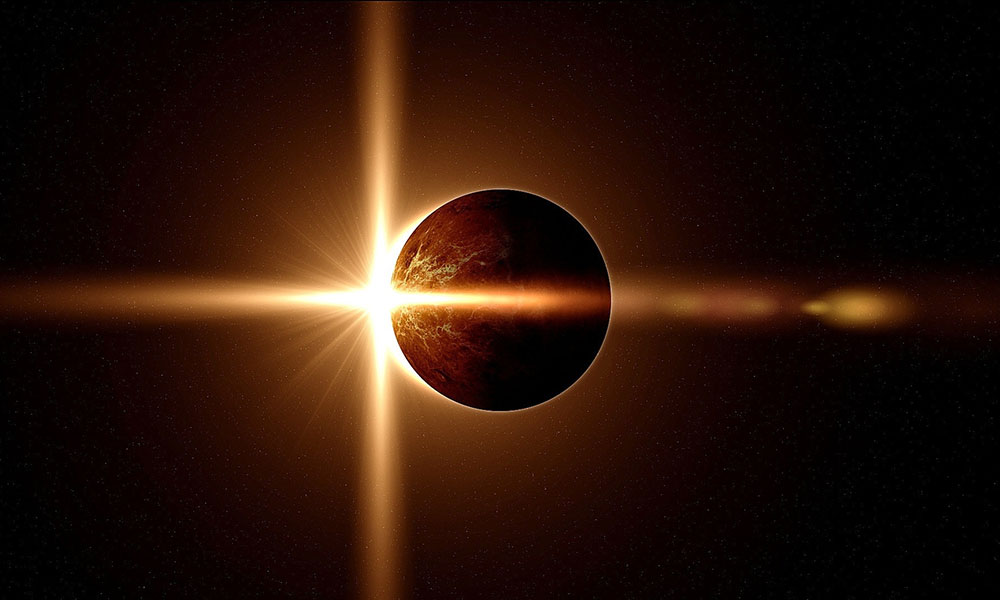 Solar eclipse takes place when the Moon sits between Sun and Earth during the New Moon phase. Solar eclipses can occur 5 times a year either partially or fully. There have been hypothetically varied judgments about solar eclipse in different religions since time immemorial.

Take for instance, the Chinese people who perceive solar eclipse as a beastly dragon devouring the Sun since the rudiments of history. Likewise, the Egyptians, Mesopotamians and Assyrians who are the Sun worshippers, were rather afraid of trying to interpret it as they regarded it way too evil an omen to be jotted down. Furthermore, in the ancient Greek civilisation, it was believed that the Sun perishes out of heaven during the eclipse period marking the anger of Gods for the human race.

We have come across the different set of beliefs hailing from different religions but Hindu mythology has an interesting take on Solar Eclipse. Find out below:

How Hindus perceive the Solar Eclipse?

It is a widely circulated saying among the Hindus that the demon Rahu stole the nectar meant for the gods that was churned out of the sea. While he was on his sly mission to drink it and immortalize the self, Moon saw it and spilled the beans before lord Vishnu. It infuriated the Lord and he chopped Rahu’s head as an act of reprimand. Rahu then flew across the sky and went of devouring Sun and Moon to avenge his ordeal.

What do Hindus do during the solar eclipse?

Hindus usually chant mantras like the Gayathri Mantra or Mahamrityunjay Mantra to ward off the evil effects of the demon Rahu. If one goes against the doctrines of the religion on the day of eclipse, he is sure to be infested with negativity for the rest of the year.