Who Possessed ‘Teen Baan’ As A Boon By Lord Shiva During Kurukshetra? 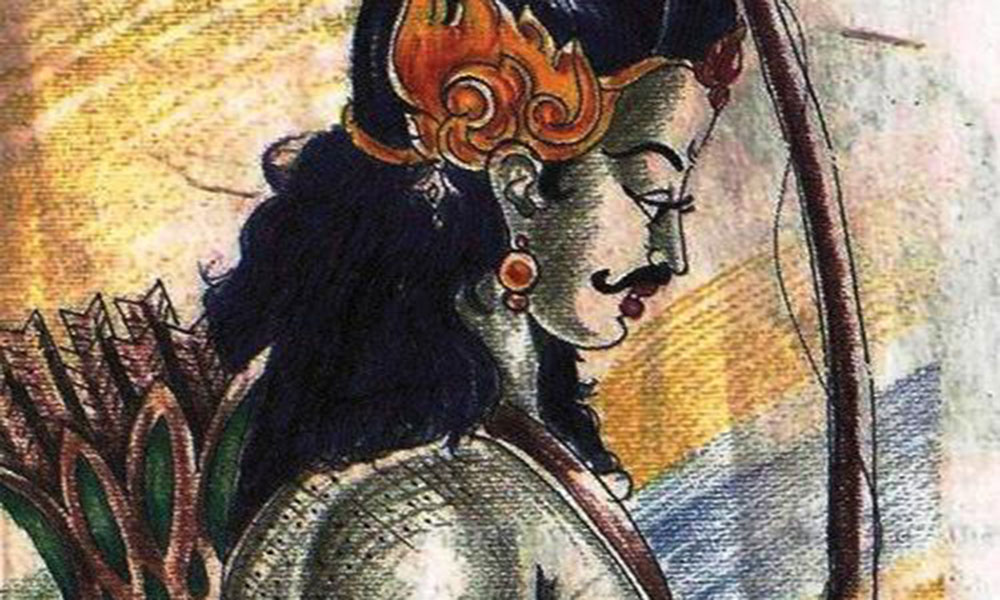 It is quite surprising to see how their examples were hiding from us all along. One can dare question their combat acumen as they were brilliant warriors and wholehearted adherents of Ksatriya dharma to say the least. Time and again, they made sacrifices to glorify the central characters and how!

One among those who disappeared gradually from pages of History but made deeper impression on human hearts is Belaarsen. He is worshipped as Khatushyam ji in the Indian states of Rajasthan and Gujarat.

Combing through the pages of Skanda Purana, one comes across his example where he is depicted as the Son of Ghatotkacha and Maruvi and the grandson of the mighty Bheema. He ran blue blood in his veins and rightfully subscribed to the standards of a Ksatriya. He was born a Yaksha and re-incarnated as a human who was bound by the principle to fight on the losing side. He witnessed the battle of Kuruksetra without being a part of it.

The story of Belaarsen in a nutshell:

Belaarsen appeased Lord Shiva to give him ‘Teen Baan’ as a boon. He also committed his mother to fight from the losing side in a battle. On the advent of Kuruksetra, Lord Krishna went around to ask mighty warriors how long it should take to end the war. To this, even Arjuna replied it would take twenty eight days. Belarseen, however begged to differ as he knew he’d wind up the war in just a minute. Flustered, Lord Krishna visited Belaarsen masqueraded as a Brahmin and asked Belaarsen for an exhibition of his arrows only to realize they were foolproof.

Krishna then challenged Belaarsen to tie all the leaves of the Peepal tree on the ground he was standing. It prompted Belaarsen to meditate and activate his arrows to successfully meet his challenge. On shooting the first arrow it kept hovering because there was a leaf stuck under Krishna’s foot. On lifting his foot, the first arrow marks the leaves together and the third ties them together next. It is suggestive of the fact that if Krishna wanted to hide someone from injuries in the battlefield, there was no chance to escape Belaarsen’s arrows whatsoever.

As soon as realizing the infallible nature of the arrows, Krishna convinced Belaarsen that if he takes part in the losing side, the other side will start losing and he will be the only man left alive. Hence, it is necessary than Belaarsen gave his head as a sacrifice. Obviously, hearing such a demand Belaarsen grew suspicious of the Brahmin and Krishna made a clean breast of his true identity.

The blinding divine glory of the lord prompted Belaarsen to oblige right then but on a condition that he would watch the battle from a distance.

This demand won Krishna’s nod and he chopped his head off to place it on a pole near the battleground.