What Is The Significance Of Naga Panchami In Hindu Mythology? 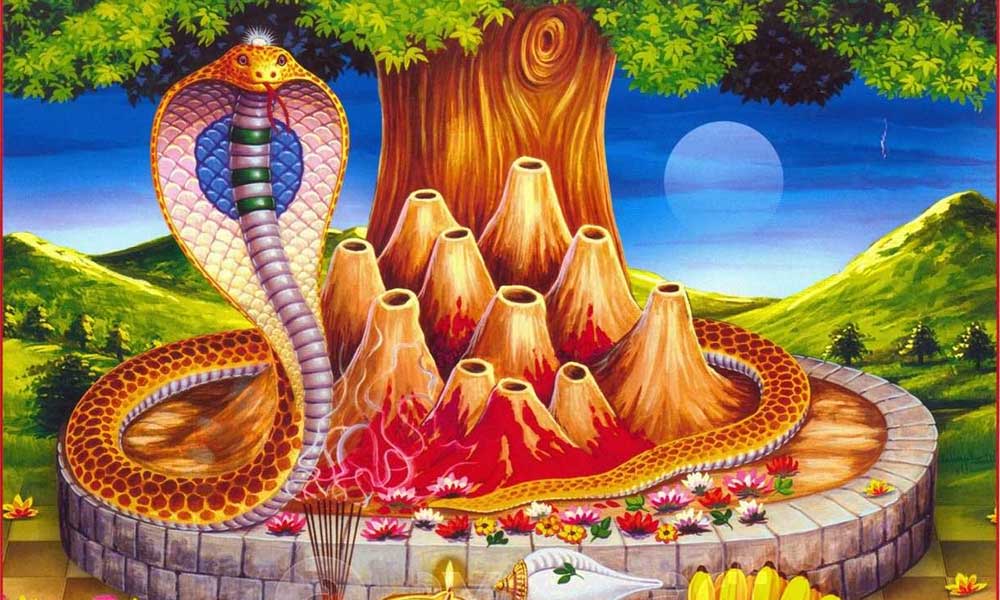 Naga Panchami is one of the widely observed rituals in India which is conducted on the fifth day of the waxing Moon during Shravan, one of those lunar months.

There’s no one who could ascertain the origin of Naga Panchami that is dedicated to the snake-god. Snakes have an association with many Hindu Gods so held in high regard by the Hindus at large. At some point back in time, the fear from the slithering creature blew out of proportion so the humankind started worshipping the manifested version of it to ease off its wrath.

We find a faint mention of the snake-worshipping in the eighth ashtaka of Rig Veda while Yajur veda is inundates with instances from snake worshipping in archaic India. Back then, the Earth was considered as the ‘Sarpa-Rajani’ or the queen of the serpents.

Moreover, people who long for the benevolence of Goddess Manasha or Lord Shiva make no bones about worshipping snakes.

Here are the few reasons why the snakes are worshipped widely in India during Naga Panchami: