What Is The Story Of Sudarshan Chakra? 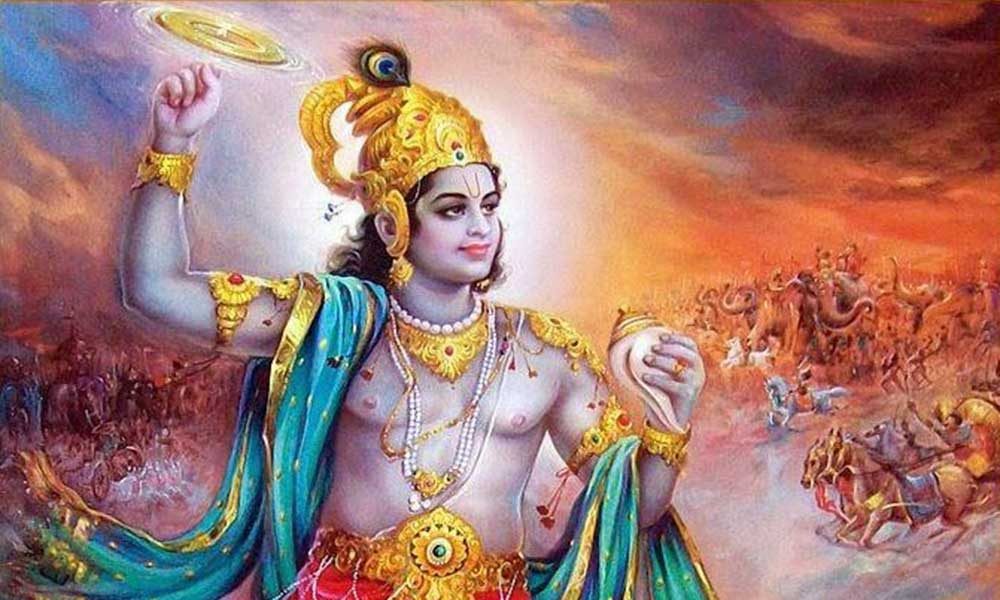 The word Sudarshan has been derived from two words such as ‘Su’ and ‘Darshan’.

While the former signifies auspicious, the latter means the vision. The word ‘Chakra’ is originated from ‘Chruhu’ which means something that is mobile. So, to sum up, Sudarshan Chakra factually means ‘Vision of something auspicious that is perennially moving’.

The Sudarshan Chakra is the weapon of lord Vishnu that has 108 serrated edges which he holds in his right rear hand. It is, however not just a weapon but the total emblem of Lord Vishnu as per Rigveda.

The mention of Sudarshan Chakra in different mythological texts:

The name of the Sudarshan Chakra first surfaced in the Rigveda. It was depicted there as the wheel of time or the symbol or Lord Vishnu. Furthermore, the name is also found in the Valmiki Ramayana where it is said that the owner of the Chakra was a monster named Hayagriva who was killed by Lord Vishnu on the top of Chakravana mountain to get hold of the Chakra. If we move on to Mahabharata, there Arjun vowed to kill Jayadratha before the next day dawned for killing his son. Upon hearing this, Drona created an infallible protection sheet around Jayadratha but Krishna created an artificial sunset with his Chakra to baffle Jayadratha, who comes out to celebrate Arjuna’s defeat. Krishna then withdraws his Chakra and releases the Sun to help Arjuna kill Jayadratha in an instant. The infamous trial of Rahu demanded a mention of the Sudarshan Chakra in the Puranas. Rahu’s head was chopped by Vishnu with Sudarshan Chakra for his unscrupulousness.

What is the epic story behind the emergence of Sudarshan Chakra?

As the popular belief goes, Lord Vishwakarma was the creater of the Universe whose daughter was married to Sun. Sanjana however could not advance closer to Sun for his blazing heat. So, on her request, Vishwakarma persuaded the Sun to lessen his heat so she could go closer. From the residual Sun dust, Vishwakarma created three weapons like Lord Shiva’s Trishul, Pushpaka Vimana and the Sudarshan Chakra. Shiva gifted the Chakra to Vishnu who appeased him with offering 999 Lotus flowers.

Some scriptures are however of the belief that it was created from combining the energy of Brahma-Vishnu-Maheshwara. Then there are many other stories in other regional texts. But there is no denying that this was an Utilitarian tool of Lord Vishnu to bring the divine law offenders to task.